There I was, two years after my youngest had graduated from high school, walking through the annual NCHE book fair. This was the third NCHE conference that I’d attended with no one to buy for and nowhere to apply my new knowledge from all the wonderful workshops. What torture!

Walking through the book fair, wishing that this and that had been available years ago, I painfully remembered all the materials that I had sold at used book fairs—unused. Most of them, I didn’t consciously choose not to use, we just never got around to them.

This past spring, at her college awards ceremony, my daughter received the award for best public speaker. When she called to tell me about the award, I remembered an incident she had recounted to me a year earlier, the first time her speech teacher heard her deliver a speech. “You obviously have spoken in public before,” she said.

“I was homeschooled,” my daughter replied. “My mother made me do everything.”

Thinking that my daughter was communicating to her teacher how pleased she was that her mother had ensured she received such a well-rounded education, my peacock feathers began to unfold. “I take that as a compliment,” I told her.

“Forestry, Mom? Why did we do forestry?” My feathers were now unfolded, and I became conscious of the fact that I was only a monochrome peahen.

This is the same child who, when a co-worker realized she had been homeschooled, was drilled on every imaginable subject. She impressed him with her knowledge until he asked her to name the three branches of government. Her response was, “Will you give me multiple-choice?” I began to feel less like a peahen and more like a dodo. How can someone who can pace to determine accurately that she is sixty-six feet from a tree, hold a Biltmore Stick at arm’s length and calculate the number of board feet of that tree not know the three branches of government?

Gaps? Oh yes, we have gaps. Huge ones.

Occasionally someone will ask what I wish I had done differently during my homeschooling years and what I’m glad I did. Incidents like the above make me seriously reflect on that question, and careful reflection has caused me to believe that I have misunderstood the question! I’ve been adding words to the question that aren’t there.

I thought the question was actually, “What different choices would you make concerning curriculum and activities?” If that is the question, then I have to carefully consider the truth that every choice to do something is a choice not to do something else. I can’t think of anything that we did that I would leave out (except maybe forestry).

I also have to consider the truth that our kids did great in college because there weren’t important gaps (considering the three branches aspect, I’m probably losing credibility with you right now), and they were able to fill in any gaps that needed to be filled (she now knows the three branches). Therefore, I still can’t think of anything that I would change.

When pondering our homeschool experience I am continually amazed at what God has done with my children in spite of me. I’m amazed at the “wrong” decisions that I have made concerning curriculum and activities that God has caused to work together for good. I’m amazed at His sovereignty in the “happenstances” of their childhood and adolescent days that I had never considered, much less planned, that have been integral parts of the development of their characters and their callings. Obviously, God had something bigger planned than I could see. So, if I was originally correct and the question is actually, “What different choices would you make concerning curriculum and activities?” I’d have to answer, “Probably none.”

I would also frequently ask myself the same question to evaluate continuing in an activity or program. I have learned that most of the time, it is harder to make the decision to stop something than to decide to start it.

If I had asked myself all of these questions when making decisions, maybe I would have made the exact same decisions, but my stress level would have decreased and my relationship with the Lord would have increased. Just think what a difference that would have made in my kids’ lives! Still, I’m convinced that God was right there directing my every decision for His glory and the good of my children despite my lack of introspection. I’m just waiting to see how He’ll use the Biltmore Stick.

Cindy Townsend wrote this article in 2004, a couple of years after her youngest graduated from homeschool. She and her husband, Jeff, are former NCHE board members who homeschooled their two children through high school. The kids are now grown, happily married and well adjusted, having been providentially protected from her ignorance, misjudgments and regretted selfishness. 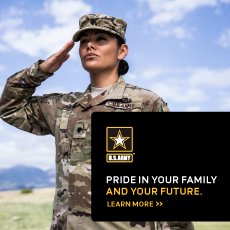