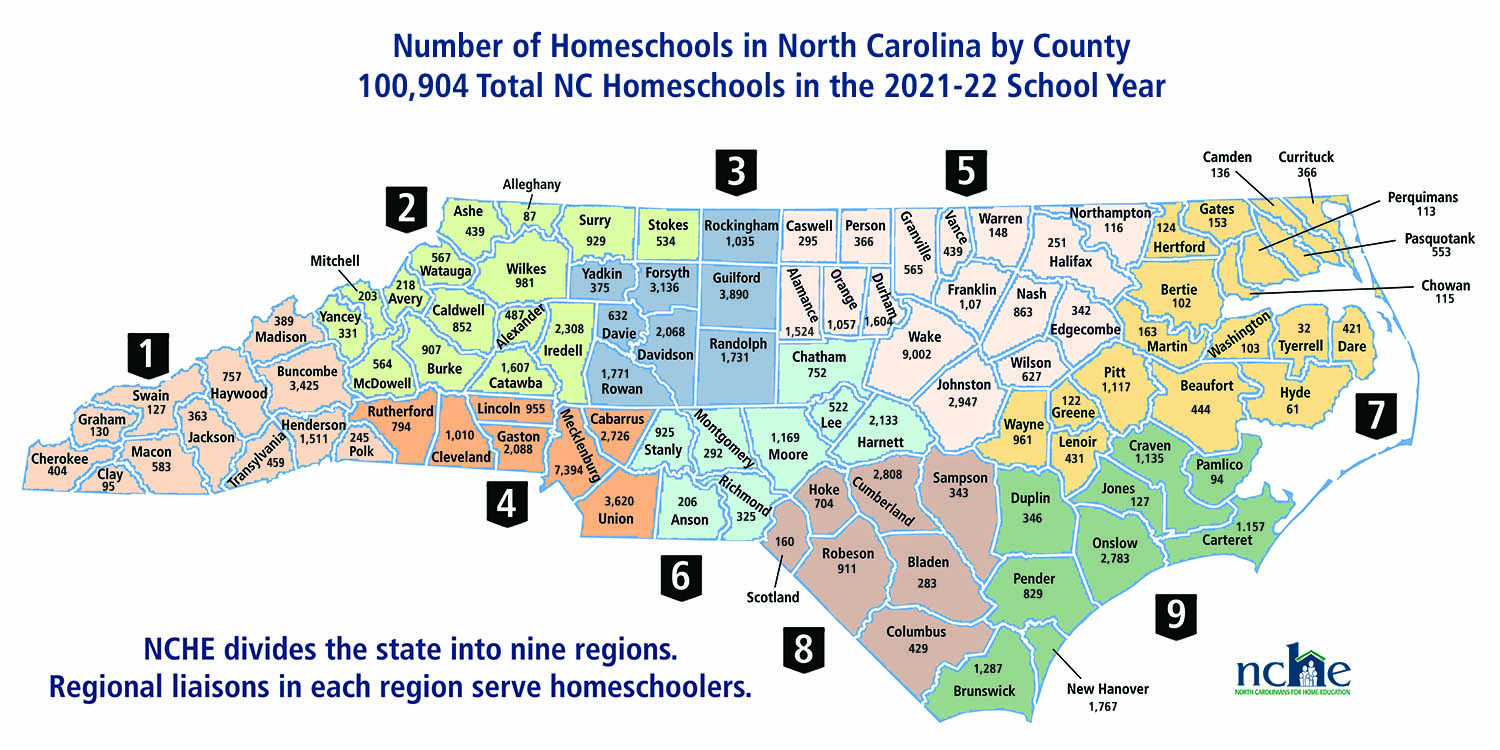 On July 1, 2022, the NC Division of Non-Public Education (DNPE) published the NC homeschool statistics for the 2021-2022 school year. The number of state recognized homeschools declined by more than10% to 100,904 (from 112,614 the year before). DNPE estimates that there are about 1.6 students per homeschool for a total of 160528 students. NCHE believes that a more realistic estimate is 2.0 students per homeschool for a total student population of 201,808. This represents about 11% of the total North Carolina K-12 student population. Since most homeschools with only students below the age of 7 do not officially open a school (because the law does not require it), there are actually more homeschools than this number represents. Here is a link to the North Carolina Division of Non-Public Education homeschool data for the 2021-2022 school year.

A post written by Brian D. Ray, Ph.D. states that “More empirical evidence shows that homeschooling doubled in the United States during the government pandemic lockdowns. The growth occurred from the 2019-2020 institutional school year to the 2020-2021 year, to perhaps as many as 5 million school-age children. The latest data come from the United States Census Bureau.”

Ray (2021b) estimated that there were 4.0 to 5.0 million homeschool students in grades K-12 in the United States (or 7% to 9% of school-age children) in January of 2021. The rate of growth in North Carolina didn’t double, but NCHE estimates that homeschool students represent about 13% of the total NC K-12 student population. That’s about double the national average.