The Joy of Learning How Your Kids Learn 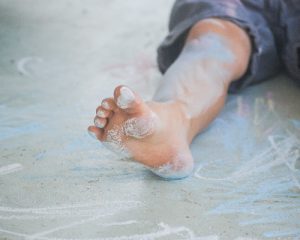 Don’t you hate that look? You know the one, when you’ve just explained for the hundredth time, in the last way you can think to do it, how to work the math problem . . . and realize your child is looking at you as if you were speaking in Swahili?

Unless you happen to be on the African plains, this look means your child has no comprehension of what you just poured your teacher-mommy heart out to tell them. Now you have two people feeling bad about themselves and probably not that great about the other person. You begin to fear that all the worries that you weren’t good enough to homeschool are being confirmed. Your child is starting to drown in discouragement. Where do you go from here?

I learned long ago that the best move is to try a new move. A different approach to how to continue the lesson may provide the key to unlocking the door to understanding. Let me take you back with me to a memory that started out with this look, but ended up with the wonderful, beautiful, soul-satisfying look of joy.

We were on DAY 20 something (or was it 120 something?) of learning the times tables. We had started with the ones. We were still on the ones. I was beginning to think we would be practicing the ones as we drove to get his driver’s license in ten years. We had finished up a rousing science experiment, breezed through reading, and enjoyed a history video. There was no avoiding the next subject any longer. It was time for math and we had been parked on multiplication for a Very. Long. Time. I said a quick prayer and started with one last muster of hope.

And I proceeded to go over it again, only to get THAT LOOK. My heart broke for my son, knowing how discouraging this was to him. If only we could get this down so he could get back to his happy, running, climbing, jumping, leaping, skipping self.

Suddenly I had an idea. “Let’s go outside,” I suggested. We went out to the patio where I had him stand facing me. “We’re going to do jumping jacks,” I told him. “As you jump, we’ll say our times tables.” And so we started, with him echoing me as he jumped in rhythm to our chants. We worked our way through the fives, going through each a few times as I gradually stopped giving him the answers.  By the time I was ready to drop from exhaustion, my son’s face was beaming as he reveled in the sense of accomplishment he had achieved. Now THAT is a look I treasure!

What I had hit on that day was the power of finding my son’s “learning language”, as I called it, or learning style as it is often referred to. The key to unlocking that door to comprehension in his brain was moving and verbal rhythm. Within a week he had progressed through the twelves tables! As I applied this valuable tool in the years that followed, he mastered his spelling words by writing them outside with sidewalk chalk; the larger movements he could make with his arm as he wrote turned that learning key in his brain.

I utilized the same insight with my other children as the years passed.  My touchy-feely son quickly learned to read when I gave him a pan of cornmeal to trace the letters in.  We memorized long Bible passages such as the fifth chapter of Matthew by saying it in a singsong manner. The active ones tapped their feet in accompaniment, while the more visual learners among them wrote out it verse by verse over and over.

What I had discovered, and later researched more thoroughly, is that the ways our individual brains think, read, learn, remember, reason, solve problems, and even pay attention varies greatly from person to person. What helps one person process new information, store it in the appropriate area of their brain, and recall it as needed later may hinder the process in another person.

The VARK model demonstrates this. Visual learners thrive with pictures, images, and spatial organization of elements. Those who learn well with the aid of rhythm, rhyme, music or other sounds are auditory learners. Reading/writing learners excel with the traditional mode of education by reading and/or writing the material. And kinesthetic learners, like my son, need movement and touch.

Understanding the way your child learns best and finding ways to work his or her lessons in through those channels can turn that horrible look of confusion and despair into the wonderful countenance of a child whose joy of learning has been sparked with hope and confidence. Although you can learn a lot about your child just from observing them through their daily life and their approach to learning, a cognitive skills test can be a handy tool to get a fuller picture of their strengths and weaknesses. It can be a valuable investment to help set the stage for an effective learning atmosphere in your home classroom.

As part of a grant from the Gibson Institute of Cognitive Research, LearningRx Raleigh and Cary has been awarded the opportunity to provide FREE cognitive skills assessments to a limited number of schools and co-ops in the area and has selected NCHE Homeschoolers to be one of the beneficiaries! The Gibson Test is conveniently taken at home, using a laptop or tablet; it only takes about 45 minutes to complete and it has a retail value of $97 each.

Learn more about this assessment and register here.

I look forward to discovering more about my children’s cognitive development and gaining some new ideas on how to coordinate my teaching methods to suit each one best.