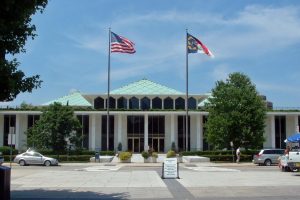 Update, March 24
There has been no movement on this bill since March 16.

Original article:
On March 15, 2021, Senators Chuck Edwards, Ralph Hise, and Vickie Sawyer filed Senate Bill 297, entitled “An Act to Create a Tax Credit for Home School Children.” This is a non-refundable $1,000 tax credit for each child who has only been homeschooled (not schooled in any other way) during the 2021 tax year. Here is a link to that bill.

As of today, March 16, it has passed the first reading and has been referred to the Committee on Rules and Operations of the Senate.

NCHE’s Position on This Bill:

“North Carolinians for Home Education (NCHE) supports this effort that allows homeschool parents in our state to keep more of their own money, as is the case with all tax credits. Our support for Senate Bill 297 is contingent on the premise that there are no additional conditions or requirements imposed on homeschool families.”

“Families of homeschooled students have been left out of the conversation of education funding for far too long,” Sen. Chuck Edwards said. “It’s one more option for parents who want to be profoundly engaged and personally invested in the success of their children. COVID-19 has added more emphasis on the need for families to become involved in education at home. When a child is educated at home, the state avoids tremendous costs for school construction and operation. These families also pay taxes, and it’s only fair that a portion of their tax dollars is returned to help offset their expenses.”

Sen. Vickie Sawyer added, “Families who choose to educate their children at home sacrifice both time and money in an effort to provide the best future for their children. This legislation serves to recognize their efforts.”

NCHE’s response to the press release:

This line in the press release seems inaccurate or confusing: “These families also pay taxes, and it’s only fair that a portion of their tax dollars is returned to help offset their expenses.” The bill as it is written doesn’t say that money is being returned to homeschool families (unless of course they are referring to tax refunds). The bill allows the homeschool family to keep more of their own money.