Why I Am a Christian: An Introduction to Apologetics

We will look at the most common reasons Christians give for why they embrace Christianity and show how a skeptical world often shoots those reasons down. Then we’ll discuss the primary reason why we ought to embrace Christianity: because it’s true. We’ll clarify this controversial claim and show how the truth of religious claims must be grounded in reality, not wishful thinking. Of course, such a claim is followed by questions of how we can know Christianity is true, so we’ll look at the importance of apologetics for Christians living in the 21st century. 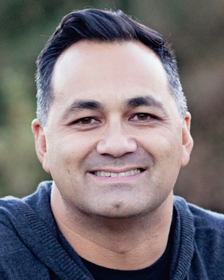 Brett Kunkle is the founder and president of MAVEN (www.maventruth.com), a movement to equip the next generation to know truth, pursue goodness and create beauty for the cause of Christ. He has more than 25 years of experience working with youth and parents. In addition, Brett is a Teaching Fellow at the Impact 360 Institute. He was an associate editor for the Apologetics Study Bible for Students and co-authored A Practical Guide to Culture: Helping the Next Generation Navigate Today’s World and A Student’s Guide to Culture. He received his master’s degree in philosophy of religion and ethics from Talbot School of Theology. Brett lives with his wife and five kids in Southern California.