Put Logic to the Test

Have you ever lost an argument with your child? Sam Sorbo believes you should try it sometime! Join Sam for an entertaining and enlightening trip of discovery—finding logic in all the wrong places! Why teach your kids logic? The better they can argue with you, the better they can become independent servants of truth and its author!. 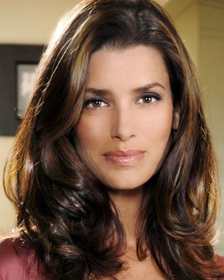 Sam Sorbo studied biomedical engineering at Duke University before pursuing a career in entertainment. An award-winning actress, author, radio host, international model and homeschooling mom to three children with Kevin Sorbo, Sam Sorbo writes to inspire parents to home educate. They’re YOUR Kids: An Inspirational Journey from Self-Doubter to Home School Advocate and Teach from Love: A School Year Devotional for Families (Broadstreet Publishing), are available at SamSorbo.com. Sam co-wrote, produced and co-starred in the 2017 feature film Let There Be Light (Executive producer, Sean Hannity; director, Kevin Sorbo.) She and Kevin are currently in production on East Texas Oil.