Foreign language is not just for high schoolers to take for 2 years and forget. It is a door that can open the world. Government schools advocate 2 years with very little gain to show afterwards. Imagine studying music or math for 2 years and expecting proficiency. With the Internet and the accessibility of our world, those who know a second and third language can practically write their own ticket to success. Our two oldest sons get 10% higher pay for knowing languages. Don’t be nervous; come hear how you can teach a language without losing your mind, using the many resources available. 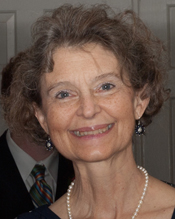 Joann Nabb has been married for 40 years to Paul. They have 6 children who were homeschooled from birth through high school. They began their journey in 1985 and have enjoyed the trip. Back then, there were few resources and many critics. Joann learned creativity. From her experience as a private school teacher and years growing up in Holland and Switzerland, she pieced together her children’s education, making it hands-on and fun whenever possible. Taking advantage of the less stringent homeschooling schedule, they were able to take trips, a few even to Europe for several 3-6 month stays on a shoestring. Many of her French students have won national gold or silver medals for French. Currently, she has a son who is a marine JAG, a son who is a police detective, a daughter who is a teacher, a son who is a nurse, a daughter in exercise science and a son at NC State in industrial design.