Since 1998, NCHE has awarded scholarships to deserving North Carolina homeschooled high school seniors. In that time, we have been blessed with support and donations from homeschool families and organizations and have been able to award more than $163,000. This year, the judges selected seven outstanding students. 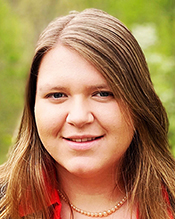 First, the recipient of the Molly Nichols Memorial Academic Scholarship for 2021 is Abbegail King, daughter of Kevin and Shelley King of Bryson City.  Abbegail has already completed her Associates of Arts degree and is one class short of also completing her Associates of Science degree. She has won awards at both the North Carolina and South Carolina state fairs for work with animals, particularly dairy cows.  According to her submission essay: “The true value of education is finding purpose in what you have been called to accomplish in order to be of service to others.”  Abbegail has always been very involved in agriculture and 4-H programs, but a serious medical situation within her family is leading her to pursue a blend of animal and medical research as a future career.  She will be attending Clemson’s Honor’s College this fall pursuing a double major of Anthropology and Veterinary Medicine. 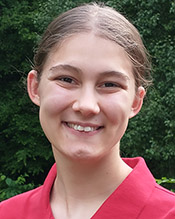 Emma Wrenn, daughter of Jeremy and Jett Wrenn of Wake Forest, is the recipient of the 2021 NCHE Academic Award.  Emma graduates after 13 years of homeschooling having pursued a wide variety of musical interests including playing ten instruments, participating in the All State Honor Band and achieving a perfect score of 36 on her ACT.  Emma has always enjoyed languages and has studied Spanish, Hebrew, Mandarin, Czech—those last two as independent studies for “fun.”  But it was a trip to visit missionary friends in Papua New Guinea four years ago that brought her linguistic interests to a point:  She viewed a map of the world with pins in it representing places where Bible translation projects were underway.  Of all the pins in the map, only one showed a fully completed Bible in the local language.  With that in view, Emma plans to study linguistics at Chapel Hill before one day joining the Summer Institute of Linguistics or Wycliffe Bible Translators. 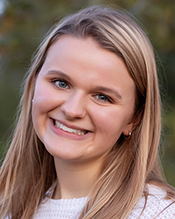 The judges have awarded the first of two Community Service Scholarships this year to Allie Dalola, daughter of Lisa and AJ Dalola of Cary. Like Emma, Allie also scored a 36 on her ACT, captained the South Wake Sabres girls varsity basketball team for three years and took 15 dual enrollment classes these past two years. Allie stood out as a community service award candidate because every year, from grades 4-11, she earned the President’s Service Award which acknowledges high levels of community involvement.  Some of her areas of service include working with ESL students, volunteering at Wake Medical Center, and putting those basketball skills to good use as a volunteer coach for younger athletes as well as teens and adults with developmental disabilities.  Allie plans to study business and French with a life goal of working with an international non-profit helping impoverished people. 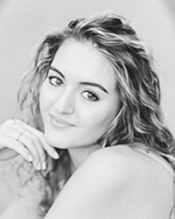 The second Community Service Award of 2021 goes to Sarah Schulz, daughter of Wendy and Peter Schulz of Raleigh. Sarah has also been a very active varsity basketball and volleyball player with the North Wake Storm where she won numerous awards.  Her volunteer work includes being a puppy socializer for Guide Dogs for the Blind International and volunteering with Esther International, an organization dedicated to helping women caught up in or at risk of sex trafficking.  While there, she developed a scholarship program, soliciting funds and matching donors with at-risk teens in Belize so they could take part in a program to improve decision-making skills, drug and alcohol awareness and relationship building.   Sarah plans to study business at Chapel Hill. 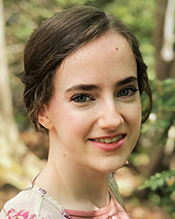 The 2021 NCHE Arts Scholarship goes to Sarah Fox, daughter of Missy and Greg Fox of Raleigh. Sarah is an accomplished visual artist in oils, water colors, and pastels.  In addition to submitting her art portfolio for the judges’ consideration, she also submitted piano performance pieces.  Sarah’s skills extend also to public speaking and debate in which she has won numerous national awards.  Sarah plans to attend Patrick Henry College to major in Government–American Politics and Policy emphasis–with an eye to working as a policy advisor, or, if the Lord blesses her with children, as a homeschooling mom. 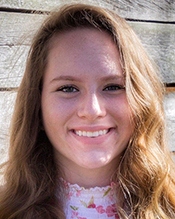 Sarah Harrington, daughter of Mark and Martha Harrington of Mebane, is the recipient of the Apologia Missions and Ministry Scholarship.  Sarah has an excellent academic record balanced with many extra-curriculars including being a competitive horseback rider, a varsity member of the Alamance Acers Volleyball team—the NCHEAC state champions this year–, and a volleyball referee and collegiate line judge. She has volunteered domestically in Muslim missions outreach and went on a short-term mission trip to help run English camps at a missionary school in Thailand.  Sarah will be attending the College at Southeastern with a desire to become a full-time missionary with the Southern Baptist International Mission Board. 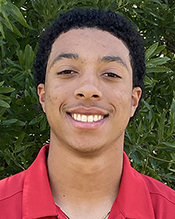 And our seventh scholarship, the Ernie Hodges Scholar Athlete award, goes to Jacob Dienes, son of Thomas and Charlene Dienes of Wilson.  Jacob’s education has been classical, featuring philosophy, debate, the Bible and Latin in which he has received Magna or Summa Cum Laude ratings in the National Latin Exam on three occasions. Athletically, he holds a 3rd degree black belt in Tae Kwon Do.  He has played with NCHEAC’s Wilson Dash basketball program for six years winning awards all along the way.  And he has been starting pitcher with the Wake County Homeschool Warriors baseball team.  He was scouted by four university athletic programs but has committed to NC State where he will pitch for their baseball team while working on his engineering degree.