NCHE’s scholarship program was launched in 1998, and in the 21 years since has awarded more than $150,000 to deserving students.  To participate in the application process, which opens on-line in December of each year, the student must be a high school senior, must be legally homeschooled in North Carolina, and the family must be a member of NCHE.  Winners have attended a range of 2- and 4-year colleges, including UNC system schools, Moody Bible Institute, Patrick Henry College, and the military academies to name a few.

The scholarships are funded in part by generous donations from Apologia Publishing, the HINTS Homeschool Group (Charlotte), and the Mary Nichols Memorial Academic Scholarship fund.  Additional funds come from individual members and supporters of home education in North Carolina.

The judging committee was comprised of retired homeschool parents and/or homeschool parents who have no students in the competition.  All the judges have graduated one or more of their students and been through the process of helping them search for colleges, determine majors, and find funding sources to pay for everything.

The five 2019 scholarships have been awarded as follows: 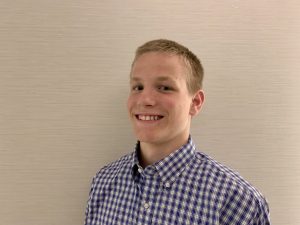 MARY NICHOLS MEMORIAL ACADEMIC SCHOLARSHIP**:  Kristopher Stickney, son of Timothy and Sheryl Stickney of Zebulon, graduates after 13 years of homeschooling and will be heading to the United States Merchant Marine Academy where he will study engineering and, upon completion, serve as a commissioned officer in the U.S. Armed Forces or as an officer in the Merchant Marine.  In addition to superior academic accomplishments during his high school years, Kristopher exhibited an extraordinary range of interests including several missions trips with his church; leads in numerous musical/theatrical productions; fencing and cross country; starting a competitive robotics team; and playing the bagpipes!  He hopes someday to head a technology company that will benefit humanity. 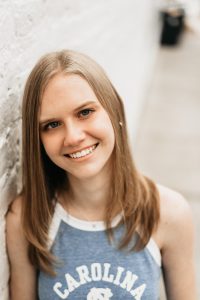 THE HINTS COMMUNITY SERVICE SCHOLARSHIP:  Ramsey Shirley, daughter of Michael and Dawn Shirley of Harrisburg, graduates after 13 years of homeschooling.  She plans to attend UNC-Chapel Hill in the pre-med/neuroscience department.  In addition to being a National Merit Scholar, Ramsey has also received the Congressional Gold Award and the Girl Scouts of America Gold Award.  During high school, Ramsey was an intern for the Charlotte area American Heart Association with a special emphasis on Hands-Only CPR.  This later led to having this class offered for the town of Harrisburg mayor’s office, the Harrisburg Fire Department and Cabarrus County EMS.  She is one of the youngest to pass the NC EMT exam and hopes to be able to use those skills with a Chapel Hill service during college. 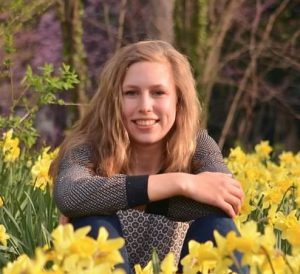 THE APOLOGIA MISSIONS AND MINISTRY SCHOLARSHIP:  Julianna Bost, daughter of Mike and Carolanne Bost of Pfafftown, plans to attend Columbia International University to study International Community Development.  During high school, Juliana has gone on three international missions trips and participated in U.S. and local ministries.  She has experience working at a therapeutic riding center and at a summer farm camp teaching children about farm animals and gardening.  She has been on summer swim and soccer clubs and varsity cross country and soccer teams with NCHEAC.   In 10 years, she sees herself “in an unreached, third-world community helping with agricultural, nutritional, physical, and spiritual needs, relying on the Lord and seeking His guidance.” 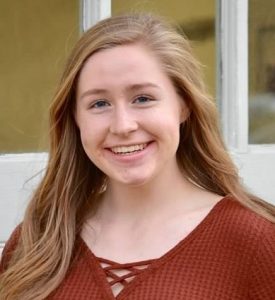 SCHOLAR-ATHLETE SCHOLARSHIP:  Esther Helm, daughter of Karen and Todd Helm of Winston-Salem, will be attending the University of Richmond to study International Affairs and French.  Her academic honors include Gold Level (95th percentile or better) in both French and German National Exams, and a nearly perfect ACT score. She has played high school softball, volleyball and basketball (some with the NCHEAC Forsyth Hawks), being named to all-conference teams for varsity basketball and softball. Having spent nine years living in Africa, Esther is very in tune with the needs of immigrant and expatriate communities.   After college, she hopes to work for the Peace Corps or work for a non-profit overseas, but will always be an ambassador for Christ above all, reflecting His love and salvation to the people around her. 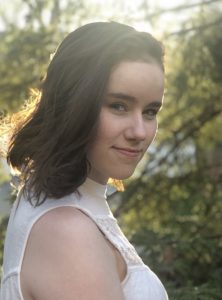 ARTS SCHOLARSHIP:  Anna Fox, daughter of Greg and Missy Fox of Raleigh, will be attending Patrick Henry College to study literature with an ultimate goal of homeschooling and raising her family for Christ.  Additionally, she seeks to become an author for young people, to write “to re-explore the world of what writing should be and what children should think of when they think of good storytelling. [She wants] our culture to go back to the era of Tolkien and Lewis, where children’s books were sagas rooted in Christianity and glorifying to God.” Not only is Anna gifted with words, but will likely be able to illustrate her works as well, being an accomplished and commissioned artist in charcoal, oils, pastels, and acrylics.

Please consider financially supporting the NCHE Scholarship program so that students in future years may continue to reap the rewards of being recognized for their achievements.  Mail donations to NCHE, 4441 Six Forks Road, Ste. 106, Box 144, Raleigh, NC 27609 or give on-line at www.nche.com.

** Molly Nichols was a devoted wife, homeschool mom, and wonderful friend to many. She loved the Lord and loved helping people and encouraging them. She orchestrated the affairs of the household and supported her husband, Eddie, in his career. They were blessed with 25 wonderful years of marriage and three children (Katie, Emily, and Andrew). She was committed to raising their children in a Godly home, emphasizing the importance of honoring God in their education. She loved teaching their children new things and was very involved and supportive of their interests. It brought a lot of joy to her heart to see them express their creativity through their sewing, photography, cooking, art and blogging.The verse referenced below ministered to her especially during her courageous battle with lung cancer: They that wait upon the Lord shall renew their strength; they shall mount up with wings like eagles; they shall run, and not be weary; they shall walk, and not faint.”