The War on Home Education 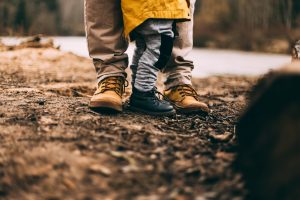 Photo by Daiga Ellaby on Unsplash

In the May-June issue of Harvard Magazine, there appears an article titled “The Risks of Homeschooling.” The author, Erin O’ Donnell, reports on a paper by Harvard professor Elizabeth Bartholet that recommends that homeschooling should be banned. The rational is that “homeschooling . . . not only violates children’s right to a ‘meaningful education’ and their right to be protected from potential child abuse, but may keep them from contributing positively to a democratic society.”

Almost immediately, a flurry of articles were written in response that criticized Bartholet’s ideas.

You will find in these some excellent responses to the flawed reasoning and lack of evidence that supports this argument. The research that contradicts Bartholet’s understanding of the success and safety of home education have already been amply provided. I would like to focus on what I believe to be the most important, underlying worldview principle behind this line of thinking.

The Heart of the Issue

I was not surprised that this article was written. In fact, I have been surprised and grateful for how much freedom parents have enjoyed in the US, and in particular in North Carolina, to homeschool their children. I have been expecting a much more overt, ideological argument against homeschooling like this one to emerge. It reflects the seemingly ever increasing worldview chasm in our culture. One aspect of that worldview difference is not even about home education, it is about parental rights and the role of government.

That parental rights and the role of government are at the heart of the issue is revealed in statements like these from the Harvard Magazine article:

Bartholet’s view is that the government has a right to educate children, that HSLDA doesn’t want the government to help protect children, and that parents who homeschool have dangerous authoritarian control over their children. A brief response: You will find no such governmental right in the constitution; HSLDA would never stand in the way of the government truly protecting children; and this caricature of homeschool parenting is an irresponsible, unsubstantiated generalization.

We help parents homeschool with confidence and joy by protecting their rights to homeschool in North Carolina. There is currently no legislation being considered that would restrict that right. The battle we must be aware of and fight today is ideological, knowing that the attack against home education will make its way to the legislature. Bartholet makes this intent clear as she “recommends a presumptive ban on the practice” of home education.

[If you are not a member of North Carolinians for Home Education, please consider becoming one or making a donation. We are a non-profit organization that has been working to make home education free in North Carolina for over 35 years.]