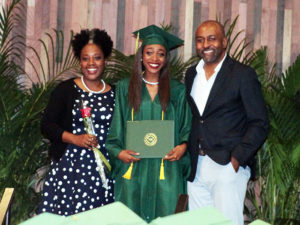 “Education is not the filling of a pail, but the lighting of a fire.” William Butler Yeats
In a nutshell, this describes for me the difference between homeschooling and public education. We discover and feed gifts and passions in our children, lighting fires to carry them into adulthood and lifelong learning. We don’t just fill buckets—we light fires!

When our son was in elementary school, I started looking at schooling alternatives. Homeschooling was a choice, but initially, I didn’t consider it. I wasn’t confident of how to do it, and like many, I was petrified of ruining my children’s lives. Would they be successful students, college students, or adults? One day, I said something to the woman at the library checkout desk about considering homeschooling. She was a homeschooler, and she filled me with information that sounded inordinately exciting. A few weeks later, I read an article about how schools like Harvard and Stanford actively recruited homeschoolers. It was an answer to prayer, and my decision was easy. We opened our homeschool and left the public system for good.

I have since learned the many benefits of homeschooling. But, it’s not just what I think; it’s what the research shows. According to Chris Weller in a Business Insider article from January 21, 2018,

Research suggests homeschooled children tend to do better on standardized tests, stick around longer in college, and do better once they’re enrolled. A 2009 study showed that the proportion of homeschoolers who graduated from college was about 67%, while among public school students it was 59%.

The Oklahoma Council of Public Affairs (OCPA) published an article on May 4, 2020, by Mike Brake about homeschooling favorability and outcomes. The Heritage Foundation conducted an extensive literature review funded by the Homeschool Legal Defence Association (HSLDA). According to OCPA (OCPA article):

As Marc Snyder said in his discussion, “…homeschooled students are not only a valuable commodity to be pursued by the focus institution, but by other Catholic colleges as well.”

The most significant body of research on homeschooling has been conducted by Dr. Brian Ray of the National Home Education Research Institute (NHERI), who has been researching homeschooling since 1984. His findings show some significant advantages for homeschooled students. From the website nheri.org:

What about homeschoolers as they become adults? Dr. Ray has several research observations there too. Homeschooled students are more likely to:

Why do all of these benefits stem from homeschooling? Back to Mike Brake and OCPA. He states that studies indicate that the value comes from the sustained parental involvement in the educational process of their children. It doesn’t matter what your level of education is. You don’t have to know a lot. What does matter is that you care and are involved daily with your children. You know them. You know their giftedness and passions. Feed what excites them and light some fires in our children who will become the next generation of movers and shakers in our world. Statistics bear that out!

The image shown was taken at an NCHE graduation ceremony.