Hidden Treasures Pt. 1: Learning from the Elderly in our Lives 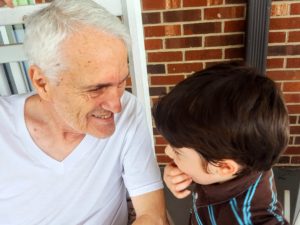 The house was burning down around them, and six-year-old Emery couldn’t get two-year-old Hazel to put her spoon down so he could get her out of her highchair and escape the flames.

That is the incredible story my children’s grandfather told about the day his parents left their six children home alone while they walked into town in the rural Georgia area where he grew up. The parents returned to find the house reduced to a smoking heap of ashes, but thankfully, all six children—one still clutching her spoon—survived. The firewagon ran out of water before they were able to put the fire out, and the closest river was too far to go to refill it. The family had to leave their farm and live with relatives in the big city of Augusta.

The human heart has hidden treasures, in secret kept, in silence sealed.

There are many overlooked treasures in our lives. The elderly in our community offer a rich source of history, life lessons, friendship, and perspective that our children need. Making this a priority in our homeschools will yield a lifelong store of lasting memories that will enhance their lives more than any fortune they could inherit.

Our present society is too often segregated by age, and fewer families live in an intergenerational setting as they did years ago. If we are not intentional about carving out opportunities to just sit and talk with the elders in our families and neighborhoods, we run the risk of missing out on this great wealth.

Remember the days of old; consider the years of many generations; ask your father,

and he will show you, your elders, and they will tell you.

The best place to go for a history lesson is a first-hand account of it. We are fast losing the generation that stormed the 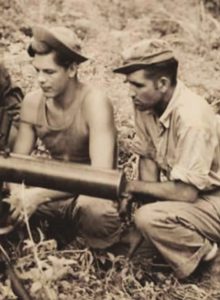 beaches of Normandy, bravely fought the menace of communism in Korea, or crawled through the jungles of Vietnam and then returned to face angry protests instead of praise for their bravery. What lessons did they learn from these experiences? What riches can our children mine from the trials their ancestors lived through?

Within our family, we have a cousin who was among the evacuation of American citizens who were airlifted just before the North Vietnamese army took over Saigon. There’s a great-great grandmother who was the first telephone operator in Forest City, NC, and a many-great grandfather who was a famous Methodist circuit-rider traveling from one prairie town to another as the American pioneers spread west. A grandmother was a student in the first integrated class in her southern town while another grandmother’s family owned a lunch counter in the deep south where she had a front row seat at the famous sit-ins.

Wisdom is with the aged, and understanding in length of days. 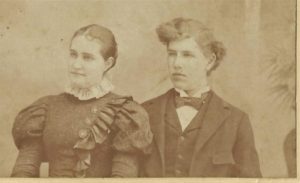 My mother’s family has lived in Rutherford County in western North Carolina since before the Revolutionary War. Family history retells the story of a many-great grandmother who fought off an Indian attack on her farm while the men were off fighting the British. These and other stories bring history and geography alive for our children, as well as give them food for thought as they listen to regrets that things happened as they did or are encouraged to persevere through hard times they will encounter one day.

Hearing the stories of yesterday broadens children’s perspective on life. The uncle who is a lawyer for the FDA was once a little boy who gave his sister a black eye when he threw a shoe at her. The great-uncle who burps loudly and tells bad jokes broke his back—twice!—parachuting out of an airplane behind enemy lines. The cousin who pastors a tiny country church grew up on the mission fields of Ghana, West Africa, and Japan. The old man who stumbles over words and forgets what he is telling you was once a talented artist whose works were showcased at Notre Dame and designed a national ad campaign that is still in use forty years later.

Young men and maidens together, old men and children!

Let them praise the name of the Lord 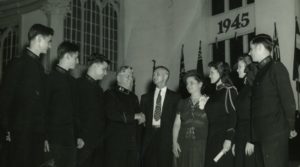 families. My husband’s family first came to America from Ireland in 1732, settled in Charleston, SC, and fought in the Revolutionary War with Francis “Swamp Fox” Marion. They were part of a Presbyterian settlement in the new colonies. Historical records indicate that their ancestors fled to Ireland during the Protestant Reformation. Many ministers and missionaries have descended from these men of faith, including my father-in-law and my husband. His grandmother was honored by the Salvation Army for having six children serving as ministers.

Knowing this information about their ancestors makes history personal for my children. It makes an impression on a child’s heart when they can ask, “Nana, what was it like when…?” and see history through the eyes of a family member. Listening to the retelling of their life inspires our children to stay the course in their own walk with God. Hearing the testimony of the venerable woman who is so precious to them makes the words of Philippians 1:6 more relevant to them: “And I am sure of this, that he who began a good work in you will bring it to completion at the day of Jesus Christ.”

Grandchildren are the crown of the aged,

and the glory of children is their fathers. 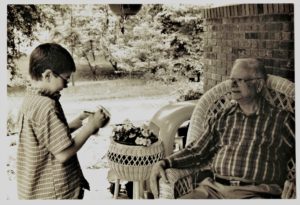 One of the most valuable gifts we can give our children is to teach them to cherish the elderly around them. Sitting on the front porch listening to the recollections of their youth, seeking their advice on how to find (and nurture) true love, walking the trail with them at the park as they lead us down the path of their walk with God will be irreplaceable moments one day. Seize those moments before they are gone! I began making a little booklet where I would jot down stories that would unexpectedly spill out during our visits with some of our family members. My older sons would interview their grandparents, asking about childhood memories and what life was like when they were growing up. My children love to read over the notes we made, especially from those who are no longer with us.

One day on a spur of the moment decision, we bounced over the rutted roads in backcountry Georgia to find a relative that my husband had not seen since childhood. Surprisingly, we not only located her house, but she was thrilled to see us and give us a little tour of the old family homestead. Walking around the pond brought back memories for my husband of spending the summer there as a boy. Later, we made the sad journey to a nearby family burial plot where his father’s infant siblings had been laid to rest shortly after their births. His father shared the sorrow he felt as a young child watching the wagon carry the tiny coffins away. It gave my children a new perspective of their grandfather and endeared him to them even more. Sharing the pain, as well as the joys, of the elderly around them helps our children to understand that life brings times of both sunshine and rain; we must allow both to do their work in us. A momentary glimpse into the depths of another’s heart can impress upon them the value of things they may otherwise take for granted.

For where your treasure is, there your heart will be also.

Family is not the only source to find these hidden treasures. Our children have been very blessed by relationships they have formed with neighbors and church members. Whether assisting these friends with yardwork or sitting down for a meal with them, they listen to their stories and, for a few minutes, step through a doorway back in time. Tales of fighting Germans in WWII or getting caught sneaking out of school to go to the movies told by a man or woman who are now wrinkled and gray-haired teaches my children to look beyond the appearance of a person. They learn that beneath the aged facade lives someone who thinks, loves, hurts, hopes, fears just like they do. 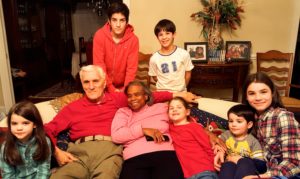 American novelist Richard Bach said, “Study a lifetime and you will see different colors from the same jewel.” Helping our children build and nurture relationships with those around them gives them an opportunity to uncover many jewels that may never be revealed otherwise. Doing so offers them a vast treasure trove of friendship and insight and a valuable frame of reference for life. It helps them develop compassion for others and teaches them to value people over “things.” They will mine a great wealth from the time spent enjoying the beauty of these gems that have been formed by the pressures of a life well-lived.

Jessica Frierson is a homeschool graduate and has been homeschooling her ten children since 2000. She serves as the secretary for NCHE, writes for GREENHOUSE, and is the lead blogger for the NCHE Blog.