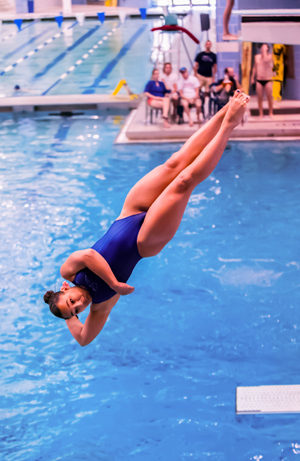 Elisabeth Andrews Dawson (Elissa) is the daughter of Mark and Robin Dawson of Durham, NC. Elissa has been homeschooled all her life and is a member of the Capital Area National Homeschool Honor Society. She has received the President’s Volunteer Service Award four times.

Elissa is a national level diver who has been diving for eight years on club teams. While with Tarheel Diving, she was named Diver of the Year three consecutive years. At Duke Diving, she was a member of their National Team. Elissa has wanted to be a collegiate diving coach since the age of seven. She began coaching summer league at Chapel Hill Country Club in 2012 and coached with Duke Diving for the past year with their JO, Training, and Talent Teams.

Elissa received scholarship offers from UNC, Duke, Kentucky and Tennessee and signed her National Letter of Intent to dive for UNC on November 15, 2013.