On May 30, 2013, I, along with many homeschool students, parents and supportive legislators witnessed the signing into law of Senate Bill 189 by Governor Pat McCrory. The endeavor that NCHE began in the fall of 2012 was successfully accomplished with the governor’s signature. Here is the definition in the new law: “Home school” means a nonpublic school consisting of the children of not more than two families or households, where the parents or legal guardians or members of either household determine the scope and sequence of academic instruction, provide academic instruction, and determine additional sources of academic instruction. 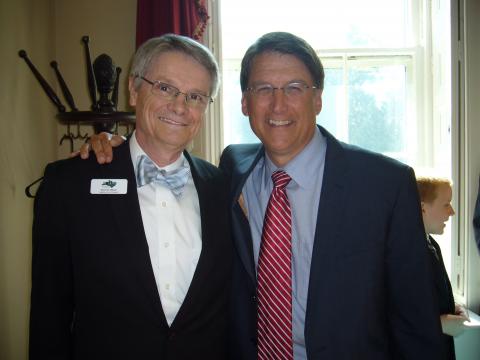 NCHE had not attempted to have new legislation introduced in the North Carolina General Assembly since May 1988, when we asked Senator Dennis Winner to file a substitute bill for House Bill 837, thus creating our current law. Since then, NCHE has focused on being a watchdog (and sometimes an attack dog) to protect homeschooling rights in NC. This year was the opportune time to go on the offensive, and here is why.

Since the 1988-89 school year, NCHE has had a running debate with the North Carolina Division of Non-Public Education (DNPE). They interpreted the law, passed in 1988, to require homeschool parents to provide all fundamental core instruction (language arts, math, science and social studies) in their homeschools. NCHE took the position that the law didn’t require the parent to personally provide all the fundamental instruction, but they could get help outside of the home when they needed it.

While this debate with DNPE was going on, NCHE was advising homeschoolers to tell their legislators, “We like our law; please don’t change it.” The reason for this incongruence was two-fold. One reason was that the DNPE had implemented a “don’t ask, don’t tell” policy. Most homeschool students were getting help from outside the home, and were not suffering any consequences. And two, we were concerned that opening up the law with legislative action could result in more homeschool regulation. However, through the years, NCHE has been contacted by several homeschool parents who were negatively impacted by the DNPE interpretation. The NCHE board had a running debate on how to fix this problem.

Here is a brief timeline of the events leading up to successful completion of our undertaking.

January—NCHE alerted the public to the possibilities of a change through the GREENHOUSE article “Homeschooling and Outside Classes” in early January. Here is a quote from that article. “We now have a house of representatives, a senate and a governor who seem to be homeschool friendly. We are now evaluating our chances of getting clarifying language added to our homeschool law while avoiding more regulation.”

Meetings were held in Wilmington, Raleigh, Kernersville, Charlotte and Hendersonville to get homeschoolers’ input on changing the law. The overwhelming majority of homeschoolers who responded were in favor of our efforts. However, we began to hear from a small, but vocal, number of homeschoolers who were opposed to changing the law in any way. There were a number of objections, but the primary reason was fear that attempting to change the law for the better might result in a worse law. NCHE was well aware of this danger. The meetings were attended mostly by supporters, but those who opposed changing the law attended also.  Some board members of the North Carolina Coalition of Home Educators (Coalition) attended meetings, and they pledged their support. In addition to these meetings, NCHE consulted with homeschool dads who were attorneys, HSLDA and legislators.

February—This month was spent almost entirely refining the wording of a potential bill, and answering questions and responding to emails and phone calls about the possible changes in the law. I worked with the staff attorney for the General Assembly, research attorneys, homeschool parents and the Coalition. The bill drafting process in the legislature began. We finally arrived at wording that was simple and pleased the legislators, the lawyers and the homeschool parents we were working with.

March—The NCHE board voted to proceed and have companion bills filed in the House and the Senate. SB 189 and HB 230 were filed on March 5. Most of the month was spent lining up sponsors and lobbying legislators for support. The House passed HB 230 unanimously on March 20! 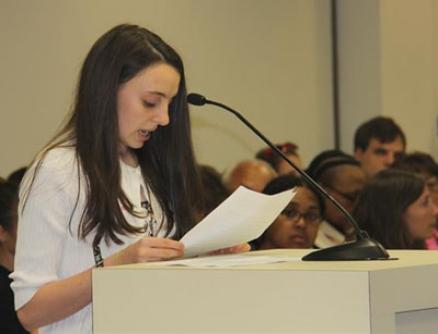 May—On the first day of our annual conference, May 23, the House passed SB 189 unanimously! It was ratified the following day.

We had a lot of help in this process. Cliff Brinson and Tom Roberts, (homeschool dads and attorneys) Amy Chauncey (a learning specialist), my son-in-law, Daniel Carter, my wife, Debbie, and all the homeschool parents who offered feedback played a big part in getting the language in the bills right. Representative Paul Stam gave invaluable help in getting our bill drafted and finding primary sponsors for HB 230 and the lead sponsor for SB 189. Our primary sponsors, Representatives Chris Malone, Susan Martin, Mark Brody and Ruth Samuelson, for HB 230, and Senators Bill Cook, Chad Barefoot and Norman Sanderson, for SB 189, presented a compelling need for amending the law in education committees and their respective chambers. We sent twelve NCHE E-Briefs and posted many updates about this legislation to keep our members and friends informed and to ask them to contact their representative and senator to ask for their support. I got to know many of the legislative assistants when I called or visited their offices and found them to be gracious and helpful. The Coalition, especially Carmen Ledford and Brenda Brown, and the Generation Joshua students spent many hours lobbying on behalf of the bills. It took many people to get our law changed. It was a lot of work, but it was worth it. Now NC homeschool parents can educate their children with even greater freedom.

Here are a few of the comments we received from the legislators we worked with:

“When I realized the potential improvement in the lot of homeschoolers throughout North Carolina by providing them more flexibility, resource accessibility and educational options, I became passionate in making the bill a law. I was proud to be lead on the bill, and happy for each homeschool parent that they will be able to better educate their child. I so appreciated working with NCHE to get this done. We were a great team and maybe we can again work collaboratively to do good things for others.”—Representative Chris Malone

“Homeschooling is a super alternative to public education. I want to do everything I can to promote homeschooling and make sure that parents have the tools they need to teach their children.”—Senator Bill Cook

“As a former homeschooler, the bill made perfect sense to me. We need parents to be able to take advantage of the new options and technologies that exist for educating their children.”—Representative Ruth Samuelson