The 4-H program in North Carolina was founded in 1909 and is still fulfilling its mission to assist youth to become competent and contributing members of society by developing essential life skills through planned, learn-by-doing experiences. The program is based at A&T State and North Carolina State Universities. The latest figures show that more than 227,782 young people between the ages of five and nineteen participate in North Carolina 4-H activities each year with the help of 20,333 adult and youth volunteers. Many of these youth and youth volunteers are homeschooled.

This year’s State 4-H Congress, held in Raleigh June 21-24, attracted 541 youth and their adult leaders for activities that included competitions in 4-H presentations on a variety of subjects, leadership and citizenship training, service opportunities and 4-H officer elections. Two of the four officers elected to the 2014-15 State 4-H Council are homeschooled.

Many other youth have served and are currently serving as district officers and youth leaders throughout the state. Homeschoolers have received recognition on the county, district, state, regional and national levels. This article will spotlight 4-H award winners whose families are members of NCHE. 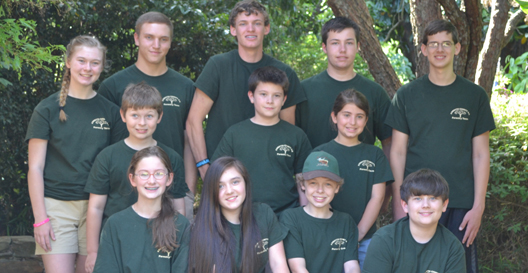 Lindsey Hooker was inducted into the 4-H Honor Club, one of the highest honors a 4-H’er can achieve. Membership is based on service, leadership, moral standards, 4-H activities and project achievement. Lindsey has been active in the 4-H program for ten years and is a member of two 4-H clubs, the Trailblazer Teens and the Carolina Inspirational Artists. At the 4K for 4-H event at 4-H Congress, Forsyth County youth raised $570 to benefit the Winston-Salem Rescue Mission.

On Saturday, April 12, twenty-two 4-H members participated in the North Central 4-H District Activity Day with 160 other youth from the twenty-county district. Youth ages 5-18 presented 5-12 minute 4-H presentations, speeches on a variety of topics. Seven youth won gold medals, four won silver awards, and four took home bronze medals. Two cloverbuds earned green ribbons for participating. They were Natalie Bohanon, who presented on animal bones, and Cana Hooker, whose topic was “How to Build a Snowman.” Emily Bohanan presented on the art of yarn, and Samuel Barrick educated his audience on the different types of soils. Luke Arrowood gave an informative talk on burrowing owls. In addition to presentations, two youth were chosen to participate in the district 4-H Entertains event. Grant Wise and Laurelyn Ridge both performed piano solos. 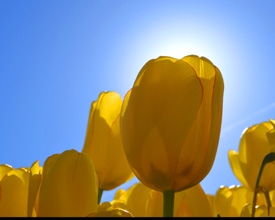 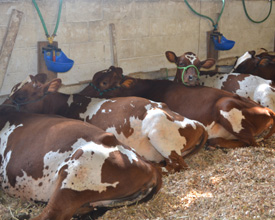 Youth ages 13-18 compile three years of project work into a 4-H portfolio that is judged on the district level. The winners from each of the five extension districts advance to state competition. Forsyth County had an outstanding record of awards in 2014 in the 13-15 age division. Grant Wise won a state gold in Science and Technology, and Samuel Barrick received a state gold in Plant and Horticultural Science. Hope Arrowood won a state gold in Forestry and Natural Resources and a state silver award in Expressive Arts. Sidney Hooker received a state gold award in Expressive Arts. David Allen Pledger won a state silver in Health and Safety and a district silver in Citizenship and Community Service.

Tyrrell County. The Swain family has been very active in 4-H this year. Grace Swain was recently elected president of the Northeast District for 2014-15. She was the state gold winner in Family and Consumer Sciences, ages 16-18, and received the Eloise Cofer Family and Consumer Sciences Trophy. During State 4-H Congress, Grace was inducted into the State 4-H Honor Club. She also participated in the ARIE competition and won an expenses-paid trip to National 4-H Congress in Atlanta, Georgia. JonMark Swain was the state silver winner in the “Cecil and Leonard” 4-H Presentations category, ages 11-13. As a 4-H Project Record winner in the Electric category, he won an expenses-paid trip to 4-H Electric Congress at Western Carolina University this summer. Lydia Swain was awarded a district silver medal for her 4-H presentation in the Breads category, ages 9-10.

Wayne County. A brother-sister team is serving together as Southeast District officers. Hannah Lee is the Southeast District reporter, and Micah Lee is serving as the district vice-president. Hannah won a state silver award for her 4-H portfolio in Leadership, Citizenship and Community Service, ages 16-18. She is also the recipient of the $1,000 Ray Wilkinson 4-H Communication Scholarship. She received district gold awards for her 4-H Project Records in Environmental and Natural Resources and in Personal Development and Leadership, ages 16-18. Hannah won first place in her county dairy poster contest and also won a NC Achievement Medal.

Micah Lee received a state gold award for his 4-H portfolio in Expressive Arts, ages 16-18. He is the recipient of the $1,000 4-H Development Fund Scholarship and a NC Achievement Medal winner. Micah won two district gold awards for his 4-H Project Records in Communication and Expressive Arts and in Healthy Lifestyles, ages 16-18. Elijah Lee was the Wayne County Soil and Water Poster Contest winner in the 5-8 age division. He received a 4-H Club Report Achievement trophy and a Cloverbud Achievement trophy.

Wilson County. The 4-H Envirothon Club has once again brought home awards on the county, area and state levels. Arran Walton and his five- member middle school team, Low pH, placed first at the NC Envirothon area competition on March 21. They advanced to the state competition on April 26 and came back with a second place state win. Ethan Walton and his five-member high school team, Mighty Minkles, was awarded first place at the NC Envirothon area competition. They placed second at the statewide competition in April. Arran and Ethan have also been active in 4-H presentations. Ethan won a district silver medal in Public Speaking, ages 14-18, during District Day competition on March 29. Arran received first place on the district level and advanced to State 4-H Congress on June 21, where he won the gold award in Careers and Entrepreneurship, ages 11-13.

If you would like more information about 4-H and the educational opportunities it offers, contact your local county Cooperative Extension Service office. Visit www.nc4h.org for a list of county offices.

Claudia Whitaker is a longtime member of her local county 4-H Advisory Board and the Forsyth County Extension Advisory Council. For fourteen years she and her husband Frank homeschooled their children Ellen and Vance. Both of them now have their own families and are homeschooling their children in Raleigh and Tampa.