Remember and Do Not Forget

At the end of his life, Moses cast a vision to God’s people who would enter the Promised Land. Their parents had failed to remember God’s faithfulness. They forgot His goodness, His love, His provision, His promises. For 40 years, they wandered in the desert until the generation who witnessed the plagues and crossed the Red Sea lay buried in the hot sand. Then God raised up a new generation who stood with a new leader at their helm. As you face going forward in your homeschooling journey with obstacles, challenges and giants, the voice of Moses echoes clearly, “Remember and do not forget.” 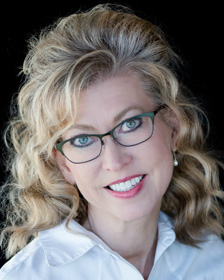 Rachael Carman invites moms to join her in loving God passionately and worshiping him fully while sweeping up Cheerios, doing laundry and planning dinner. You will be affirmed in your role as a mother as Rachael speaks of her struggles with perfectionism and impatience and shares her challenges, failures and victories amid the ever-changing seasons of life. Her honesty will surprise you and her humor will put you at ease. Rachael is a respected author and a sought-after speaker. In her books, How Many Times Do I Have to Tell You? and How to Have a HEART for Your Kids, Rachael challenges mothers to surrender their will and draw closer to their heavenly Father. She has spoken across the United States as well as in Europe, Asia and Africa. She has been married to her husband, Davis, since 1986, and they have seven kids. She and Davis are the owners of Apologia Educational Ministries.