Biblical civics education is critically important for Christian students and parents in today’s society. Part 3 covers: A Christian response to be salt and light to culture, the difference between civics and politics and where do we go from here? 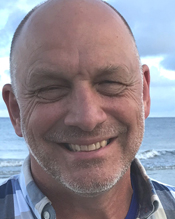 Craig Seibert is the director of the Christian Citizenship Training Initiative which has served over 1,000,000 streamed videos and digital content to individuals, families, schools, small groups, civic groups and churches. Craig speaks frequently on the topics of freedom and liberty, the founding principles of the United States, and understanding the Declaration of Independence and the US Constitution. He has written or produced dozens of articles, booklets, brochures and other content and has been a guest on various radio programs and webinars. He works closely with businesses, churches and other non-profits to raise up the next generation of leaders who understand US civics and the responsibility of citizenship. Many local, state and national organizations have used his video and digital content to educate members.