Homeschooling: The Environment for Genius

In 1957, psychologist Dr. Harold McCurdy investigated the lives of twenty well-known geniuses. He wanted to find out if there was something about their childhoods that made them become geniuses. In the end, he found three things that all of them had in common while growing up. What’s fascinating is that these three elements are typically present in the lives of modern homeschooled children. In this talk, Dr. Wile will present the details of the study and its conclusions, and he will give anecdotes and practical advice that will help you incorporate these elements into your homeschooling experience. 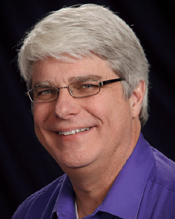