Being a Big Fish in a Small Pond

It is commonly assumed that going to an elite college or large public university are the best options for high school students. However, there is compelling evidence that there may be a better option: being a big fish in a small pond. This option offers a range of life-impacting benefits not seen at elite or large university settings. 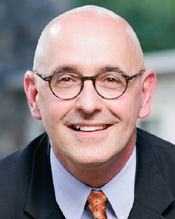 Paul J. Maurer serves as the eighth president of Montreat College. As a visionary and results-driven Christian leader, he believes deeply in the value of Christ-centered higher education. Drawing from more than twenty-five years of leadership in nonprofit and higher education administration, Dr. Maurer has led efforts in governance, organizational development, marketing and communications, adult and graduate studies, and government relations. He has spent nearly two decades in higher education leadership. He is a published author and frequent speaker. Dr. Maurer earned his Ph.D. in political science from Claremont Graduate University, where he was an H. B. Earhart Fellow and a John M. Olin Fellow. He earned his B.A. from the University of Cincinnati and his M.Div. from Gordon-Conwell Theological Seminary. Dr. Maurer and his wife, Joellen, have been married since 1989, and have four children.