A Scientist’s Showcase of Creatures That Defy Evolutionary Theory

The more we learn about the creatures of Earth, the more we begin to see the intricacies that do not fit with the theory of evolution. We are beginning to see clear scientific evidence that points to a Creator. This fast-moving, high-energy workshop will cover several organisms whose features defy evolution. As we study dolphins and sharks to glow-in-the-dark bacteria, we’ll see how science is learning that all creation is far from simple. 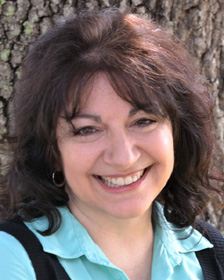 Sherri Seligson and her husband, David, have four children and have homeschooled for twenty-one years, recently graduating their youngest child. A degreed marine biologist, Sherri worked at Walt Disney World’s Living Seas, publishing shark behavior research. She has authored Apologia’s Exploring Creation with Marine Biology and Interning for High School Credit, instructional DVD courses for Apologia’s Exploring Creation with Biology and the Human Body, as well as companion curricula for feature films including Dolphin Tale I and II and War Horse. Sherri has written for several science publications and homeschool magazines and is a national conference and retreat speaker where she encourages moms on their homeschool journey and teaches families and students the importance of studying God’s creation. You can connect with Sherri at http://www.just-extraordinary.com.