Was America founded as a Christian nation? Many authors have sought to answer this question over the years with a simple “yes” or “no.” However, the most accurate answer to this question is not so simple. In this workshop, it will be explained how Christianity greatly shaped and influenced the American founding. The presenter will identify resources on this surprisingly complicated topic that, on one hand, are helpful, and those, which on the other hand, are to be avoided. 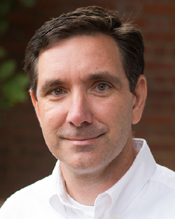 Brent J. Aucoin is a professor of history and associate dean for academic affairs at the College at Southeastern (Southeastern Baptist Theological Seminary). He is the author of two books and presented at the 2015 NCHE Conference. He earned his Ph.D. in history from the University of Arkansas in 1999 and has been teaching history at the college level since 1996.