Adoption is part of God’s plan for mankind as the Apostle Paul recorded in Romans 8:15, “For you did not receive the spirit of slavery to fall back into fear, but you have received the Spirit of adoption as sons, by whom we cry, ‘Abba! Father!’”

Our family didn’t always understand fully what adoption means to God. It should also be said that in the beginning of our marriage we really didn’t take seriously the command given to Adam and Eve and to Noah to be fruitful and multiply. God wants to use all of us in many ways to build his eternal kingdom. We grew up in the American Dream society, where so many have pushed the idea of having more than two children out of their minds. Many say, “We could never afford more than two children or be able to send more than two to college.” This was our philosophy as well. God showed us about ten years into our marriage that this view was not scriptural at all, even though we considered ourselves solid followers of Christ.

Through a series of events (miscarriage and inability to have more children), God opened our eyes to the possibility of adoption. One factor was a radio program Pam heard on “Focus on the Family,” about the millions of children in the world in orphanages. She felt specifically called to foreign adoption (more specifically China), so she prayed about it and didn’t tell me for several months. When she finally confessed this leading, I was open to it but unsure of the cost and work involved. Interestingly, at the same time, our oldest daughter, Katy who was about nine years old at the time began speaking to us about adoption. She told us she was having dreams about pushing a sister in our backyard swing, but “she doesn’t look like us.” Katy said, “She is Asian.” Pam and I had said absolutely nothing to either of our two biological children, Katy and Kandace (six years of age at the time).

Finally, we told our daughters we would pray about this adoption thing for six months and see what the Lord said to us. During that time we attended an America World Adoption Agency (AWAA) seminar in Charlotte. After I was there five minutes, I was convinced. Before anyone even got up to speak, I saw 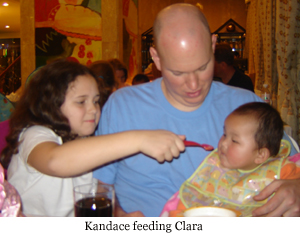 a little two or three year-old Chinese girl run up to her American father and say, “Daddy.” That did it! And so the journey began. After $25,000 in fees and costs, stacks of paperwork (measuring one foot thick) and about a year’s worth of work, we were winging our way to China to adopt our little girl. We stayed two weeks in China and ultimately halfway through the trip, a chubby-cheeked, twenty-eight pound, little girl named Fu Mei Xue was given to us. We named her Clara. She cried for two straight days! But, we finally realized that she disliked the hotel room. Once we got her out in public, she was a totally different child. To this day, she loves being around people.

We thought our adoption journey was complete, yet God, (as He often does), had different plans. God placed it in our heart to adopt again. This time we felt compelled to adopt a special needs child from China. These children are called special needs because they can have health issues ranging from various kinds of birth defects, clubbed feet, hearing/vision issues, heart problems, missing limbs, etc. We thought originally that another girl was in the offing. Yet, God led us to a little boy who had two clubbed feet. He was three-and-a-half years old, and we were told the Chinese would not pay to have his feet reconstructed. His orphanage was too poor for such an expense. He would be relegated to a life of pan-handling on the streets of his town in the Henan province because of his inability to walk properly. This broke our hearts, and we fell in love with him. After a little over a year’s worth of paperwork and approximately $22,000 we were ready to travel again. 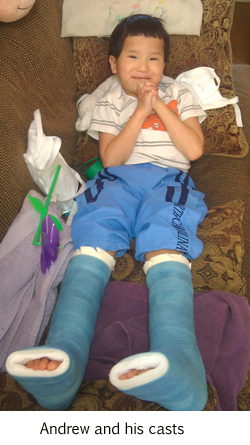 So, after another two-week journey to China, the Brown family had another child. His name was Dang Qing Bin. We named him Andrew David Brown. On March 12, 2013, he had his third and final surgery to repair his clubbed feet.

He can walk, run, jump and play like any other child. Clara and Andrew are only two weeks apart in age. Both will turn eight years old this spring. To say that our family has been blessed by these two children would be the greatest understatement known to man. Without question, the greatest joy our family has ever known (outside of salvation in Christ) is adoption.

There are millions of orphans throughout the world who need a home. There are special needs lists with hundreds of children just waiting to be adopted. Do you have a heart of love to give? Do you value life? Adoption is a way to give the gift of family to a child and to give the gift of modeling unconditional love to your birth children (they will be forever changed as well). God provided the money for our family. As a pastor, I didn’t make the income to be able to spend close to $50,000 on adoption fees for two children. But, God provided through our family, church, friends and even strangers. It has been said, “Whatever God calls you to, He provides for.” Amen to that!

We know that God adopts us into His family when we call on the name of His Son. We know that doing so makes us joint-heirs with Christ. Yet, we can easily forget the name of that transaction. It’s called adoption. Amazing thought, isn’t it?

D. Kevin Brown and his wife Pam are parents of four children (two adopted from China), and have one granddaughter. They have been homeschooling for over eighteen years and have two homeschool graduates. Kevin pastors Mt. Pleasant Baptist Church in Wilkesboro, NC. He has written, Rite of Passage for the Home and Church—Raising Christ-Centered Young Adults and To Date or Not to Date—What the Bible Says about Premarital Relationships. Brown has a passion to transfer the gospel and the principles of Scripture from one generation to the next. His books are thought-provoking and challenge families to consider whether the culture or the Bible is having a greater impact on the family. Kevin is a passionate speaker who inspires and encourages with wit and humor. 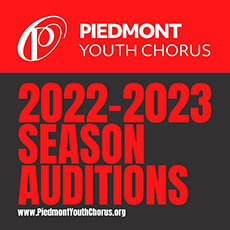