What NCHE Is Doing to Keep NC Homeschool Friendly 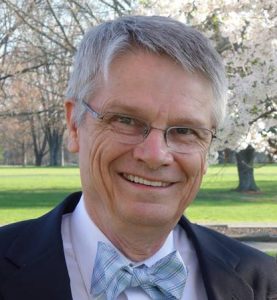 Companion bills were introduced in the house and senate of the NC General Assembly last month that included laws related to homeschooling (HB 1047 and SB 706). The bills would have impacted homeschool families in two ways. 1) If you were a military family, you would have had to identify yourself as such annually. 2) All homeschools would also have had to complete some type of annual update as well. If these updates were not completed, then the school would eventually be closed. You can read more about the details and process these bills went through on this legislative update page.

The bill is titled “Education Changes for Military-Connected Students.” Even though not obviously relevant to homeschools, Spencer Mason (NCHE’s law and policy director) discovered its importance on the day that the senate bill was filed. Soon after, the NCHE legislative committee discussed the bill and agreed to oppose it. We were concerned that homeschools would be closed unintentionally by requiring annual updating and result in legal challenges. We also believed that the requirement for military homeschooling families to identify themselves was not beneficial to them and could threaten their security.

Spencer immediately began communicating with the sponsors of these bills to negotiate changes and new wording. When we informed homeschool families in NC, you went to work letting your representatives and senators know that you also did not want this bill.

When the meeting for the house committee took place, Spencer went to Raleigh to attend the meeting in order to represent NCHE and you as homeschool families. Dan Beasley from Homeschool Legal Defense Association also attended. Spencer and Dan spoke in the meeting to oppose the bill and the bill failed in committee.

We then turned our focus on the similar bill in the senate by meeting with senators on the committee and expressing our concerns. Based on these meetings, along with numerous emails and phone calls, the committee decided to amend the bill by removing all references to homeschools in the bill.

Thank you for your help in contacting your representatives and senators. If you want to help NCHE continue to work in these ways to keep homeschooling free and friendly in NC, please go here to give a donation.