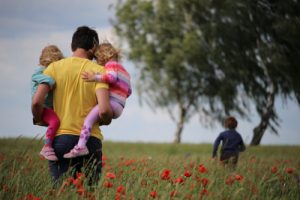 On July 20, 2020, Jane R. Wettach wrote an article for NC Policy Watch, As homeschooling grows, children need protection. She writes, “A new report from Duke Law School makes a modest proposal focused on the few homeschooled children whose educational needs are not being met by their parents. Protecting Homeschoolers recommends that ‘educational neglect’ be included as an aspect of child neglect under state law. That would give local departments of social services the ability to receive a complaint, as it does for other types of child neglect, that a child’s educational needs were being neglected by the parents.”

North Carolinians for Home Education are advocates for education. We help parents homeschool with confidence and joy. We stand with other North Carolinians who want every child to have the opportunity to enjoy an excellent education. Wettach writes that her proposal “is meant to begin a conversation about the imperative that all homeschooled children get the education they need to ably function in the economy and democracy. The report presents preliminary ideas, designed to be a jumping off point for interested members of the General Assembly. A study committee that brings in stakeholders in the homeschooling world would be a good next step.”

North Carolinians for Home Education has been a primary stakeholder in the homeschooling world since 1984. We would love to be a part of this conversation and participants in a study committee that would consider these issues.

There are two concerns that we will initially contribute to this discussion. They are both related to some of the primary reasons homeschooling not only exists in the first place but has become such a strong movement and community.

First, many parents choose to homeschool because they have observed that their children are not receiving the best possible education in the public school system. There are many different effective educational strategies used in homeschooling. Children learn at different paces with specialized needs in various areas. Home education provides the flexibility and one-on-one attention that makes addressing those varying needs possible.

The results have been clear. As Wettach acknowledges, homeschool students have consistently performed at or above average on standardized tests. So, we are left with this question: Why should North Carolina citizens rely on the government to determine and ensure standards of education are being met? Has it been proven that the government is more capable than parents in this area?

If Wattach’s proposal were to be carried out, who would determine standards of education and how? Is it not a reasonable concern of North Carolina citizens that those who end up determining those standards of education would eventually include standards of religious and morality that violate the parent’s rights to teach what they believe? Would those who determine these standards understand the homeschooling process and how it is different from institutional schools? Would they understand and allow for developmental progress and learning difficulties?

We want all children in North Carolina to have the opportunity to receive a quality education. There are certainly students in home education, private school, and public school that are not receiving the kind of education that they need. This is a concern for all students. It is not a special concern for homeschooled students. The reason that “homeschoolers fiercely prize their independence and their freedom,” as Wattach points out, is because they believe that parents are more capable, or at least as capable, as the government to educate their children and that their constitutional freedoms to teach their children according to their own beliefs must be defended.